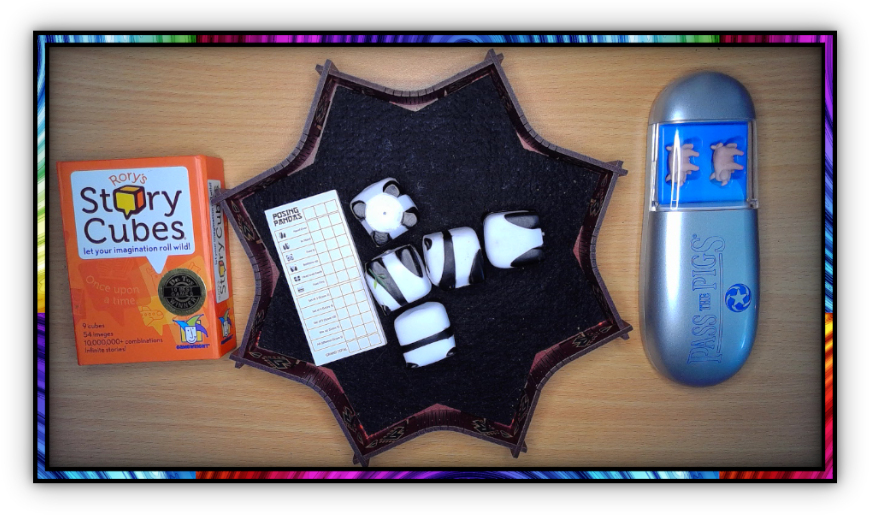 During my streams, I am going to have access to some dice games.  This page is about the information of the games, and how they can be used during my streams.

At the moment, we have the following dice games available, and they include (for now):

I will add more down the line, but this page is about the basics, and will be added to as I go.

Simple game, loads of fun, so now we are going to play it with you!  Making a roll is simple, you pay the 5gp, roll the pigs.

The GOAL of Pass the Pigs, is to score per stream the highest score as we can, the score is reset each stream session.

How I Will Run Pass the Pigs.

Other than that, the scoring is as normal.  Here is how Pass the Pigs is going to be scored: 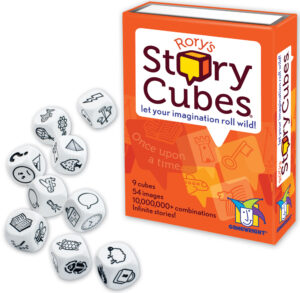 Story Cubes is going run based on the number of viewers:  But essentially, we will build a story from the dice, and I will take the story made, and create a D&D module (or Cyberpunk or something else) around the Story Cube results and the viewers suggestions.

The main purpose is fun, but also a different way to generate stories. 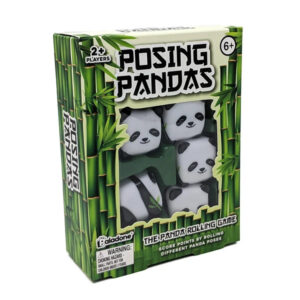 This is a game VERY much like Yahtzee.  You roll 6 sided Pandas, then you see how they land.  You either count them to add to a side section, or if you get things like all  of them different faces.

This game is going to be fun.  The goal of the game is to score the highest.  So when a roll is made, the chat get to pick by vote, HOW to use the pandas to score.  Each stream session, the score will be reset, after being recorded, and then I will post the scores in a spread sheet, and we’ll see how things roll…

I’m not sorry, that was a good pun!

Here are the rules for Posing Pandas:

How To Score The Top Section

How To Score the Bottom Section