When building a character (either a NPC or PC) making them stand out, and fun to role play can seem daunting.  And there are some that think the backstory of the character is irrelevant.  This module of the RPG Academy is centered at looking to make your characters YOURS, and more than that, enjoyable to play for a long time. 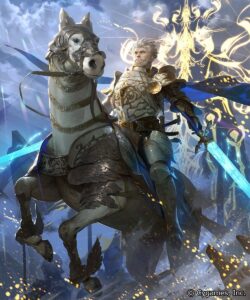 My first PC character was in red box, in the early 80s, and he is still alive today.  His character sheet is 30 pages long, and he is now almost immortal and so OP it’s not funny, but as an NPC now he works well.  Part of his play-ability is his personality, and how he applies himself to situations.  While LG, he has not hesitated to break the laws of church AND state to save an innocent.  I dragged through every edition of the game till 3.5 and stopped before making him an NPC in 5E.  Now as an NPC he has a massive keep, is married to the widow of his best friend, on good speaking terms with his god’s avatar and a lot more.

Lastly, if you are wondering what gives me the ability to make this page, and teach it?  During the 90s here in my home town, there were a few gaming conventions.  Games going on everywhere, and some had prizes for things like characterization, role playing and DMing.  I have won all of them more than once, and was even for a small while part of a (professional) team going to conventions.

While this (like the other topics) is system less in structure, we  I will be using the most common system to show how I do it: Dungeons and Dragons 5e.  From there you should be able to modify the principles to your system you are using pretty easily.  If you do have struggles, jump into the stream when I am running this session, and ask me, and I will gladly help out.

Each session I will start one of two ways:

I take the image, which will be fantasy based, with some cyberpunk characters as well from time to time.  From this I figure a logical class ( or class combination) that would make the character fit the idea.  Then we roll stats, and select the class(es) required.  Then the mechanics stop and we start looking at some very simple questions, and look at options of fleshing out each character.

I will also go through the other tools that I use in the process(es) as well, and details on those can be found in the Tools & Software section.

The goal of these sessions is to show examples of the process(es) that I use to make a character and make it memorable.  This topic covers the following areas and more: