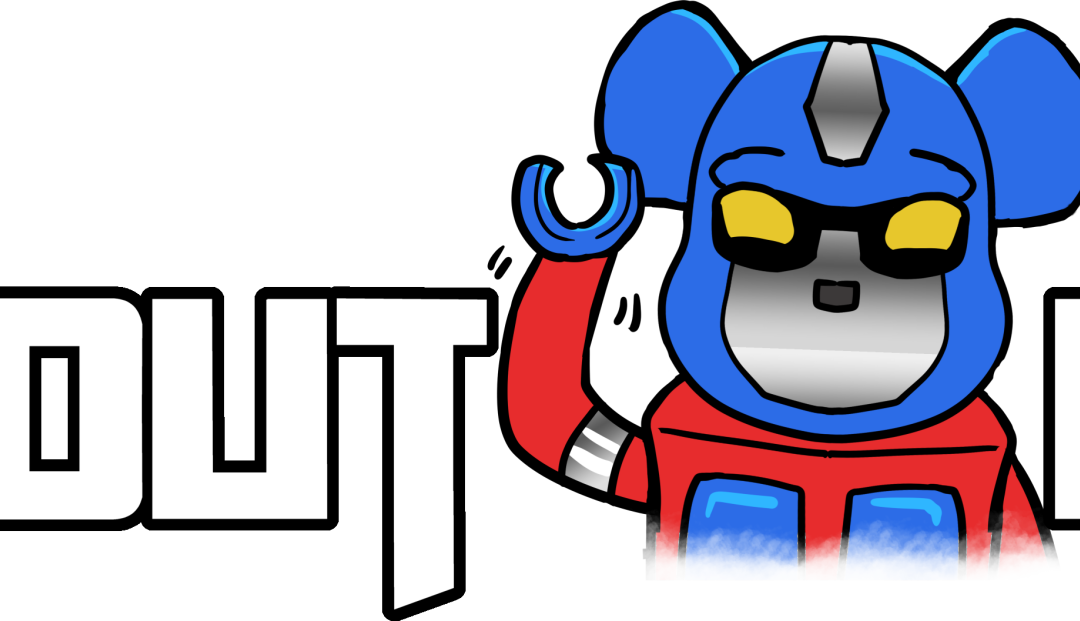 This is a simple page with a bit more elaboration about me.  I have no idea at ALL why you might think to find anything interesting in here, but since we are all here, let’s do it…

I was born.  That happened.  I held on a bit, apparently I didn’t want to get out of bed even back then.  Then some years went by, all a blur to me really.  The bits from there to about 20 years of age are dull and boring, so I forgot them mostly.

I am a mid century aged gamer, married to an amazing woman, and proud father of my single greatest accomplishment: our son  We live in a house with our two cats and a little frenchie pupper (sometimes seen on stream with me) just north of Brisbane in Queensland Australia.

I started gaming seriously in 1983, when I was introduced to D&D by a friend, and made a character and had fun.  This was back when it was basic, and we had access to a Red Box (then later white) and that was where we started.  Till then I had been playing any other sorts of games and things like the “Play Your Own Adventure” series style of books.

I was a player till about 1990, where I moved to Brisbane for the coast north of it, and found a store no longer around (Leisuretronics) and started seeing 2nd Edition books.  By this time I was playing 1st Ed AD&D, so 2nd Ed was a good step in my opinion.  I still had my first character (Calthinian) and we moved him along.  The store had a notice board setup, so people could find games.  There were also places around you could get games through clubs like the RPGA.

I kept upgrading him, and system version as I went, and went till 3.5.  I did not look more at 4th Ed than a glance, and did not like what I was seeing.  Now I play 5th Ed, and DM it.  I make content, share it on my gaming blog (https://fracturedbear.com), and play games.

During college (1988/1989) we found a lot of people playing games all around campus, and so I was introduced to other games and systems.  Car Wars, Traveler, Mega Traveler, Palladium and GURPs to name a few. Then a place opened up in my area, called the Hit Point.  It was a place where you could go and book a themed room, and play games in it.  Absolutely brilliant place, and we get loads of games.  Here I was introduced to the World of Darkness, Warhammer, Magic The Gathering, Necromunga, and loads more.

I was also a local coordinator (LC) for the ACT as part of the Adventurer’s League.  Just as 5E was hitting the shelves (not Next) and I went into it straight away.  I ended up filling two and a half stores with players.  With two at max capacity.  While a part of it, I also got to play test a few modules with the writers and other LCs around the world, that were then modified and released as the EX series for each season of the game.

Currently my biggest non Twitch or Website project is Tir Avalon.  A world I am creating with some interesting mechanics, and loads of lore.  I am mixing in themes and elements of other places, in movies and tv, books and other games.  Heck, I even have the written publishing rights to use the Flying Spaghetti Monster officially in my world when I publish it.

I run games online on Twitch using Roll20, and Discord.  I am also working on a project at the moment for a local social club my wife has formed for families with members on the spectrum.  Using D&D to help kids with social awareness to help them develop tools for social interaction as they go forward; but in a completely safe and friendly environment.

I started playing computer games in 1984.  I used to go to the local library (South Caulfield Public Library) and grab a magazine called Electronics Australia; then find the code section where there would be a game you can type in and play.  Little BASIC games, but still cooler than anything else.

I had an old Sega Megadrive, and my wife and I would play Sonic and R-Type (I think) and that was it.  I got the first PC just after that, an old 386sx (look that up kids), with a green monitor.  At school I had used old IBM XT computers.  This thing had 4MB of RAM in it.  I also got access to a Commodore 64 as well for a while, and Bard’s Tale, Paradroids and Kaiser had me glued, and we used GeoSpace to make character sheets up.

When BBSs started up I got onto a couple, that are still running as well (Goose’s Nest was last time I checked).  Where I would find articles, see what was around, and play Baron Realms Elite.  An online MMO, before there was a term for it, or an internet.  Moving through games I was into Tribes when it came out, Quake (of course) Doom, Warcraft, Command & Conquer.  Then 3D cards came out.

I have played every Battlefield version to date, and MMOs like Rifts, Star Wars Galaxies, Star Wars the Old Republic, Dungeons and Dragons Online, Neverwinter.  I also play Minecraft, Destiny 2, Rocket League, Diablo 3 and more.  But I will be jumping into Cyberpunk 2077 once it has arrived.

Work stuff is simple.  I worked in IT, starting in the basics, and moving up till I was writing policy for Federal Government, and helping multi national companies correct internal activities that are compromising the efficiency and profit of the company.  I was also hired to engage clients on behalf of these companies to show readiness for contracts to help win them. 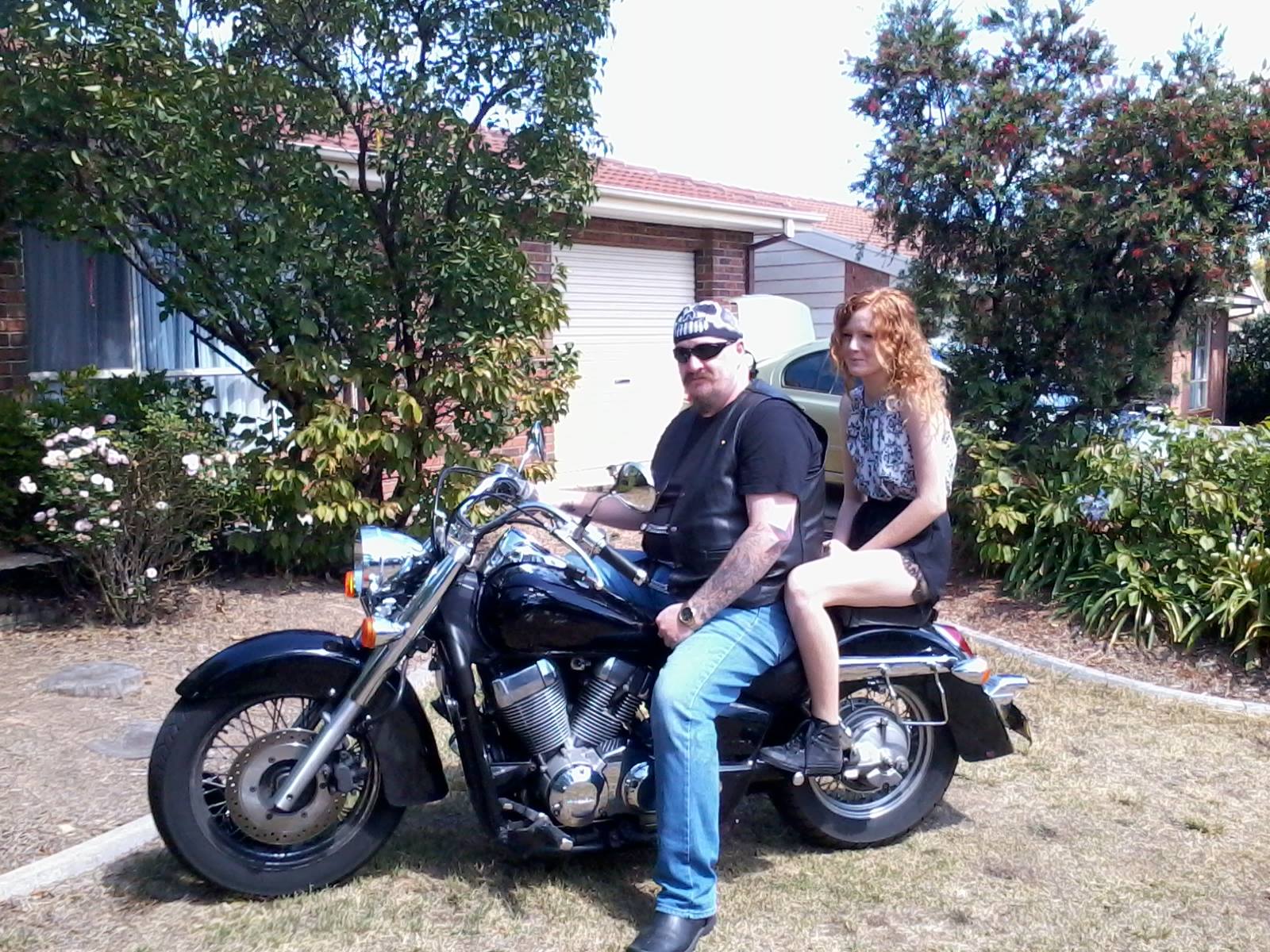 On my bike before I dropped it. Daughter of a friend on the back.

So that’s it.  I am just some old fart gamer, with a passion for D&D and a desire to share, with some skills and experience to make it easier and fun.

I still don’t know why you wanted to read this though!

When I was born, the doctor came out to the waiting room and said to my father, I’m very sorry. We did everything we could, but he pulled through.
— Rodney Dangerfield