A Blade from Hell, A Drunk Dwarf, A Blink Dog, and a Mimic walks into a bar…. 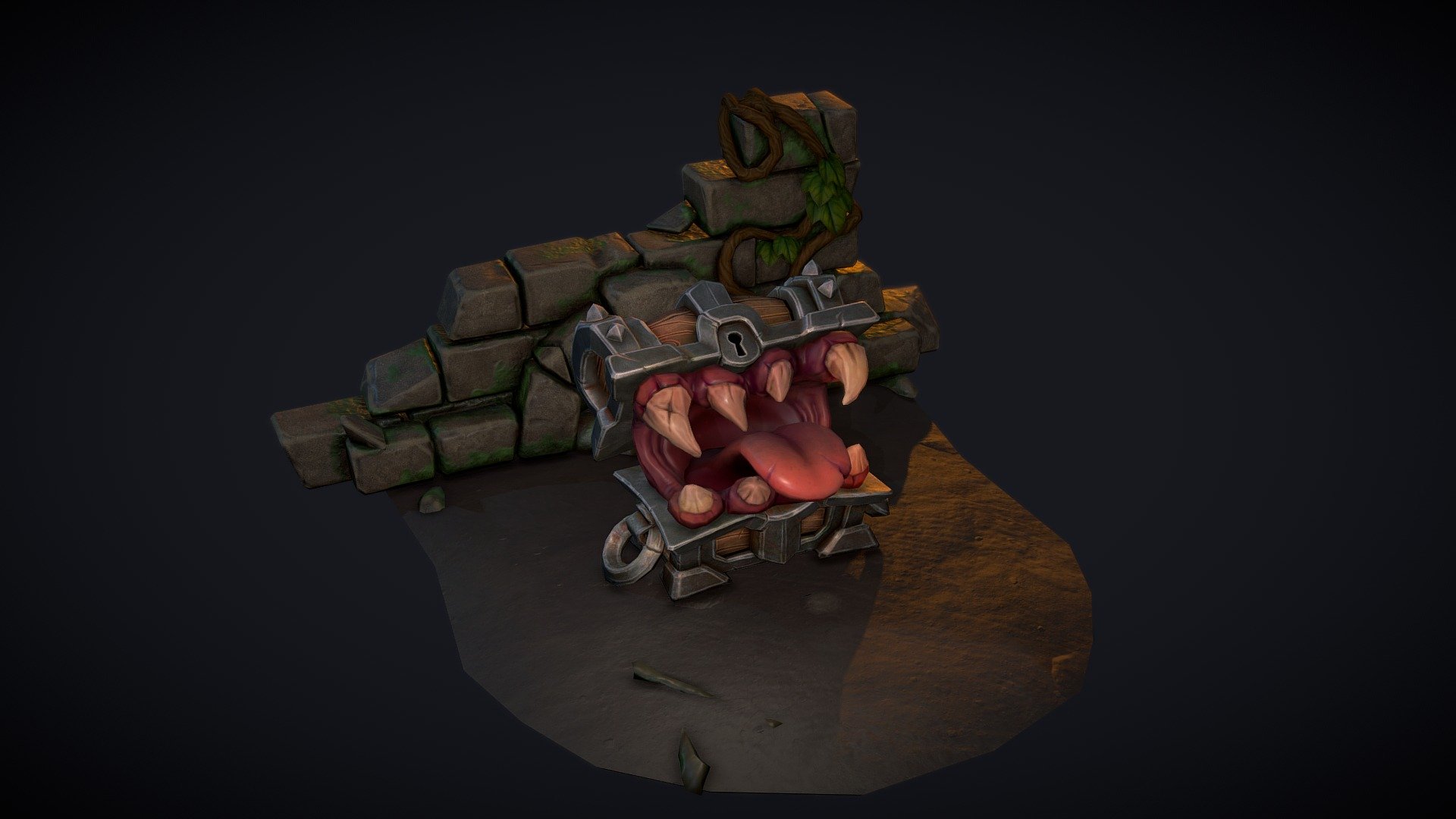 So when the current campaign started in the final days of 2017, my group had first gotten together, and were off on their first given adventure.  They were to find out what happened to another team working for their employer, and they (if possible) were to enter into a dungeon long abandoned, and rescue (if possible) a mimic their employer believed was in there.  This is the story of that adventure, posted WAY after the events.  But before we begin in the story, some background information.

My campaign is set in a homebrew world called Tir Avalon.  As things come along there will be more information on the world itself, but for the purposes of this tale, I will limit the information to say that it is a world of infinite possibilities.  No race, class, spell combination is banned, except Gnomes.  No Gnomes.  The world idea was started after the book “The Mists of Avalon” by Marrion Zimmer Bradley.  As the end of the book, the island of Avalon leaves, taking Arthur et al with it…  Made me think, where does it go, why, and more…   And so Tir Avalon was born.

The players are in an area of the country very similar to Frances wine district, but they hailed from all over the world.  They had been “examined” by the owner of the Dancing Table Inn & Tavern.  A very unusual establishment, because all the furniture in the main tap room, and some others around the building are all mimics.  The owner, a man named Matrice, an ex adventurer, found a trapped and hungry mimic during a journey, and made a deal with the mimic to help them all survive the party, they would set him free.  That’s what happened, but afterwards, Matrice spoke to the Mimic about coming to a place of safety, warmth, food and more.  And so he rescued his first mimic.

Matrice has a side line from the Inn as well, where he recovers lost, or stolen, or just wanted items.  He sends out teams to do each job, pays them, sells the item(s) to the new owners, and makes a very good living doing it.  There is a LOT more to the Dancing Table but there will be a full supplement for it as soon as I can get it and artwork finished.  Anyway, Matrice had sent the group out and off they went.

The following are the characters from the game, well a brief summation of them anyway.  All but one of the original starting characters are still alive.  So the party at this stage consisted of the OG characters of:

The primary mission was to find another group who worked for Matrice who were overdue.  They knew when they were expected, and where, and they were to try and find them, and then report back with the item they were carrying (a Gehenna Green Steel greatsword) and if possible the other team as well.

The second part was where the party had been asked, while in the area, to check out rumors of a lost underground lab used by a wizard long since dead, and to see if there is a Mimic inside, and if so, if it was alive to offer to release it, and bring it back with them to the Dancing Table.

So setting off from Breyerton they headed to the next town north of them (Cromarthy), and were planning on going back along their route till they found the last place they were seen.  Happens to be the same town the party went to.

While there they encountered a dwarf in the tavern getting very drunk, and clearly upset.  This is Simon, a NPC I came up with.  Simon is like Worf from Star Trek:TNG.  He was found abandoned and alone by a human couple, who then went on to raise him.  They tried to find his family, and accepted him into their home when they could not.  But like Worf, Simon wanted to know about his birth family, and their traditions.  So Simon set off to find out what it meaent to be a Dwarf.  So he started mining.  He had no skill with woodworking, nor anything lumber originated, but stones he felt he could work with.  One morning he woke up to find his entire camp stripped, all his tools, ore, everything.  So he was in the tavern drinking off of a lump of gold he gave the innkeeper a while ago.

Normorn had gone over (I think) to pick a fight with the Dwarf, but instead he and then the whole party actually did something opposite, they helped.  They not only helped cheer him up, but gave him some gold (though they could spare little), to replace his tools, and promised him if they came across them, or some like them not being used they will bring them back to Simon.

They soon set off south, when the dog (Trey) being trained by the ranger; sniffed out something on the side of the road.  Hidden in a rock on the side of the road was a note on leather, crude scratchings in crude letters had some message, but clearly drawn on the parchment was a great sword, with a green blade, and crude images of two men.  Trey had sniffed out the hand in the middle of the wrapping, a humanoid hand.  So the party set off and very shortly found a hide that could see the road.  There was more of the same note in the hide, and the party now had a reasonable idea of what had happened to the other group from Matrice.

Behind the hide was a game trail, and tracks lead down one path, so the party followed.  Shortly they found themselves at a creek, near a bend in it, and as they made camp for the night, one of the party spotted blood in the water, and followed it to a Blink Dog lying wounded and dying by the river, hidden behind a large boulder.  The Blink Dog was given healing and recovered.  Able to stand, he bowed to the party and then ran off.  The next day the group came across a medium sized camp, guarded by some orcs.  They could also see a VERY large Worg in the camp, and on the far side the bodies of the people they were looking for.

Long story short, they fought, and part way through the following happened:

So after getting the sword back, they had to to off to the next part of the mission.  Pretty soon after following the directions from Matrice, they found the entrance to the tunnels.  This was an old cave system exposed recently, in an area next to the old graveyard of the town the Wizard lived near when he was alive.  A short way into the cave the part saw signs someone or something had moved in, and it was not long before they found out a clan of Goblins had moved in.  The party decided to try and talk their way through, and while one Goblin died by accident, they pulled it off.  They did however promise the Goblin chief they would on the way out to help them with a problem they are too scared, and too small to face, in an old crypt they had found, and wanted to use to store the mushrooms they grew in one part of the cave, because it was super cold there.

Anyway, parties being parties, THAT was a lie.  So off the group go, escorted by the chief and some guards, took the party to the area that had also recently been opened, revealing a cavern of ice.  Large crystals, and a frozen water way were the only thing in the way of getting to the largish opening on the other side.  The Goblins refused to go in, since a group they DID send in, never came back.  So in the went.  After exploring a few areas, and a fight with a large spider and friends, the group found the pen area.  Being thorough, Normorn kept kicking everything, usually with dire results to the object.  Thinking the pen area is the right area for the Mimic (correct) he decided to kick everything (bad).

He kicked one of the barrels especially hard, and it’s rotting content spilled all over Normorn’s feet.  And it REEKED!  Anyway, shortly they found the hibernating Mimic in it’s cell.  They managed to rouse it, and managed to get the idea across to the very sleepy hungry mimic.  As the creature followed them, they continued to feed it, but when they got to the ice area to go back, they didn’t want the Goblins getting either wind of their plan to run, or that they had a Mimic with them.  So one of the party turns to the Mimic and asks if he can make himself look like the PC’s backpack.  The PC put the original backpack down, and the Mimic charged it, ran inside, and started eating the contents.  Everything.  Then backed out, burped and changed into a backpack.

I got to ask a question I would never have thought to ask someone….ever…..:  “So you want to put the half asleep hungry Mimic on your back, as a pack, and walk through the Goblin caves to escape?”

Needless to say they did, they rolled well, they succeeded.  And thus, at the end of the mission(s), the group had won the respect of an entire town, made a life ling friend in Simon, brought a Mimic back to the Inn for their boss, as well as the sword, made friends with the Blink Dogs, who now watch over the party when they are in their territory, especially at night and got paid well for the mission.  Though it should be noted, not EVERYONE was happy, there is a bunch of Goblins want what was agreed to.  OH, and then Normorn got the new Mimic addicted to bacon.

Then there was the time, where they got a Mimic drunk….but that’s another story. 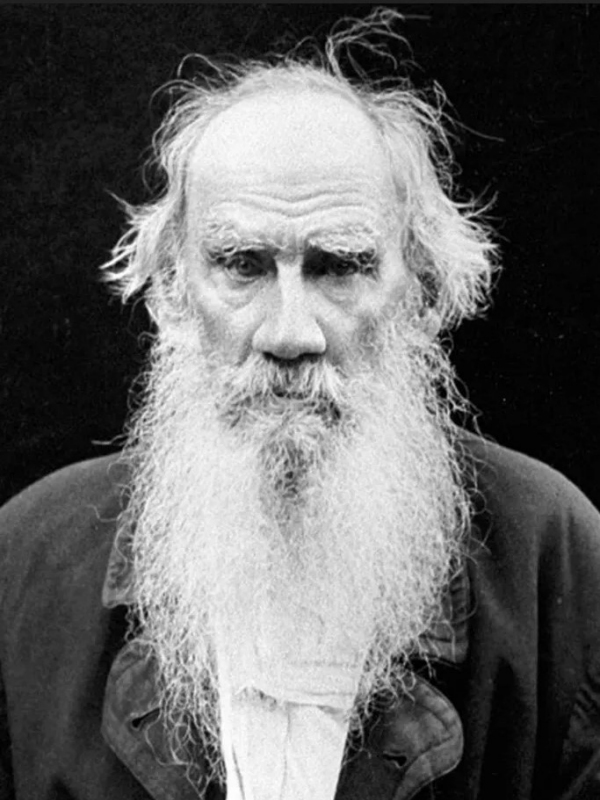 A man can live and be healthy without killing animals for food; therefore, if he eats meat, he participates in taking animal life merely for the sake of his appetite. And to act so is immoral.
— Leo Tolstoy